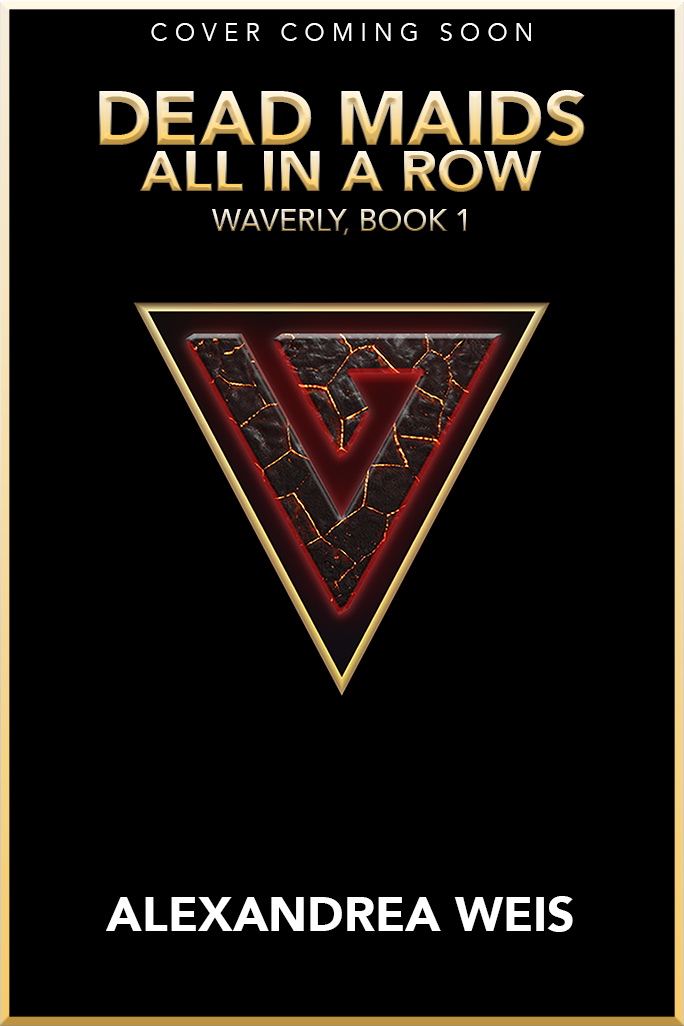 Dead Maids All in a Row
Waverly, Book 1

“Dark academia meets a series of gruesome deaths written by a nurse-turned-author. All the hair-raising suspense of Scream and I Know What You Did Last Summer with the twisty crimes of Sager's Home Before Dark. This is a slasher worth dying for.” ~Suspense Magazine

SOME SECRETS CAN CHANGE YOUR LIFE ... FOREVER.

And she's not the first girl at Waverly College to vanish without a trace.

When students discover new Assistant Professor Aubrey LaRoux attended the private college with the last girl who went missing, they persuade her to organize a small investigation team. But after the members start turning up dead across campus, Aubrey knows there's more going on than anyone is willing to admit.

The murdered students all had something in common with Lindsey. They shared a secret. And what they uncovered could threaten the future of the historic school.

At Waverly College, someone wants to keep the past buried—along with anyone who gets in their way.

“Alexandrea Weis's novels are destined to stand along with authors such as Stephen King, Gillian Flynn, and Jeffery Deaver.” ~The Strand Magazine

"An intriguing and atmospheric tale of murder and mayhem that will keep readers wondering what could possibly happen next." ~Booklist

Whether you love heroines you can't stop cheering for, nail-biting suspense, cliff-hanging page turns, twists that you couldn't imagine or characters that come alive...you haven't seen anything until Dead Girls All In A Row by Alexandrea Weis!