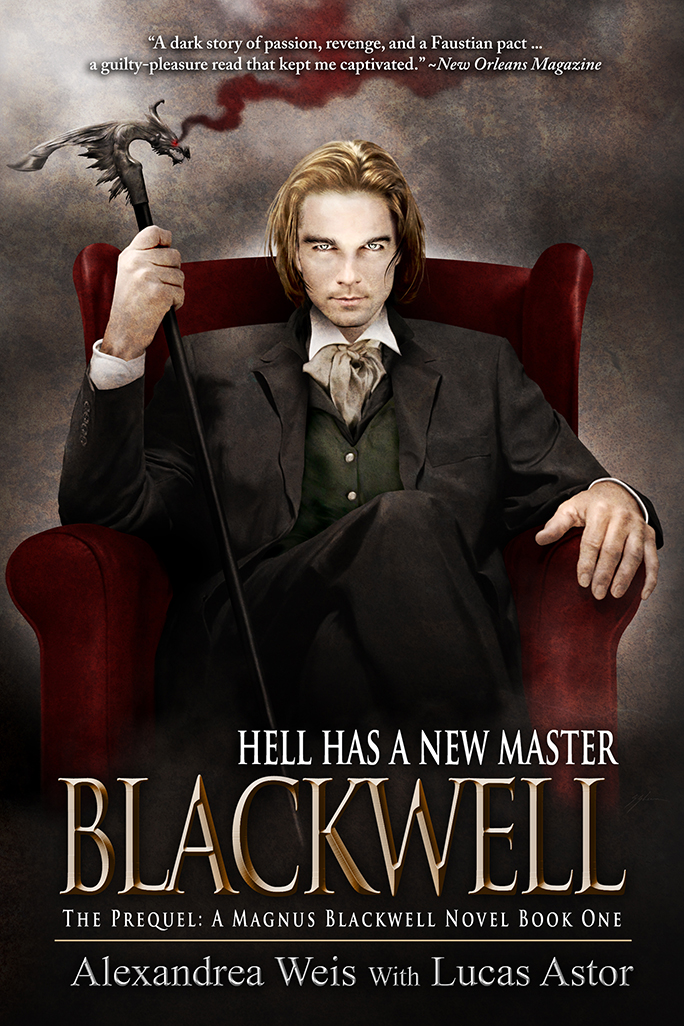 By Alexandrea Weis and Lucas Astor

HELL HAS A NEW MASTER.

In the late 1800s, handsome, wealthy New Englander, Magnus Blackwell, is the envy of all. When Magnus meets Jacob O’Conner—a Harvard student from the working class—an unlikely friendship is forged.

But their close bond is soon challenged by a captivating woman; a woman Magnus wants, but Jacob gets. Devastated, Magnus seeks solace in a trip to New Orleans. After a chance meeting with Oscar Wilde, he becomes immersed in a world of depravity and brutality, inevitably becoming the inspiration for Dorian Gray.

Armed with a forbidden magic, he sets his sights on winning back the woman Jacob stole from him. Amid the trappings of Victorian society, two men, bent on revenge, will lay the foundation for a curse that will forever alter their destinies.

"I love the storyline and period of time (turn of the century). The author throws fire on many pages through vibrant dialogue and fantastic scene writing. The end is far from predictable, and so satisfying and rewarding. The care and attention to detail with cover art and layout is near perfect." ~Feathered Quill Book Awards Judges' Comments