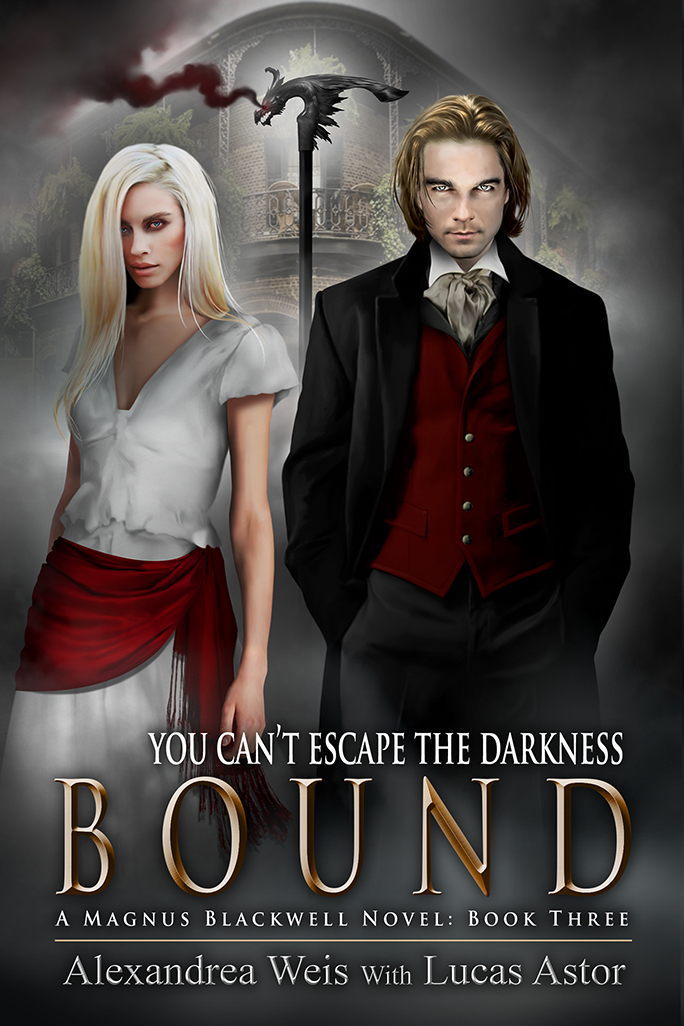 YOU CAN’T ESCAPE THE DARKNESS

Magnus Blackwell’s past is about to catch up with him.

Lexie Arden and her fiancé, Will Bennet, are determined to rescue the neglected Mount Desert Island landmark. They want to make Altmover Manor their home.

An evil force has seized New Orleans. Pestilence, suffering, and darkness cloak the city. The citizens are scared and need their mambo to guide them, but Lexie Arden can’t help anyone. A diabolical presence has taken Lexie’s power and severed her ties with the other side.

Magnus Blackwell is fighting demons of his own. Torn between his devotion to Lexie and a spirit from his past, Magnus’s loyalty is put to the test. He must revisit his sins to uncover the key to the hatred ripping the city apart. If he doesn’t, Lexie’s reign as mambo will end.

Their search for answers leads them deep into the darker realms of voodoo—until a desperate Lexie does the unthinkable, and Magnus can do nothing to spare her from her fate.