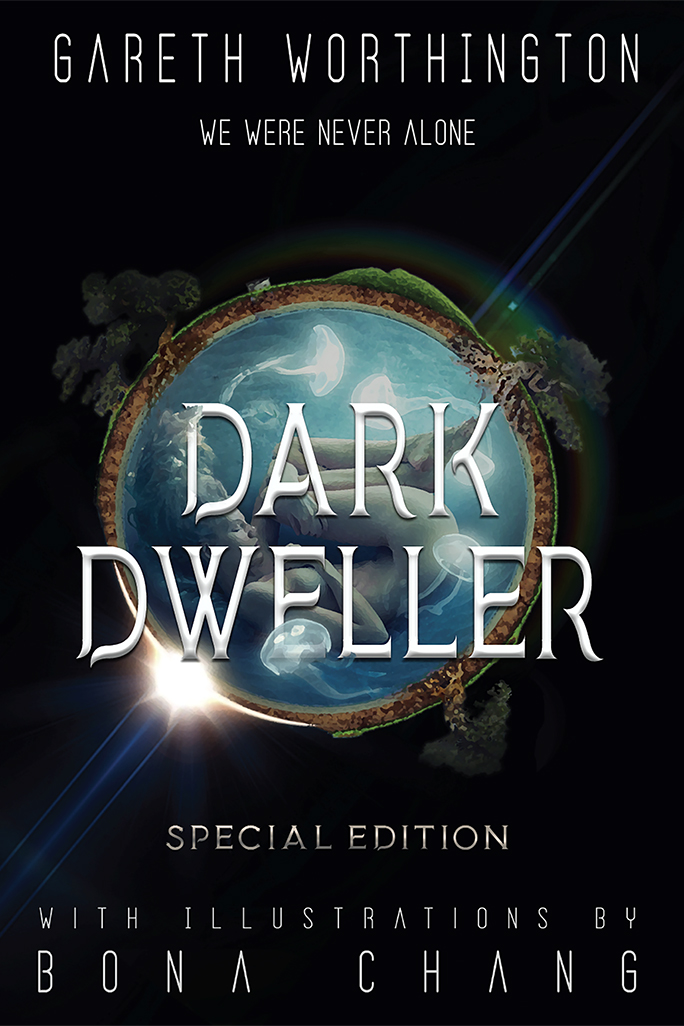 WE WERE NEVER ALONE

Captain Kara Psomas was pronounced dead when her research vessel slammed into Jupiter.

More than a century later, the crew of the Paralus, a helium mining freighter, find a pristine escape pod with a healthy young girl nestled inside. A girl who claims to be Kara—and she brings a message of doom.

She says she has been waiting in the dark for that exact moment. To be found by that particular crew. Because an ancient cosmic being has tasked her with a sacred responsibility. She claims she must alter the Fulcrum, a lever in time—no matter the cost to the people aboard—or condemn the rest of civilization to a very painful and drawn-out demise.

She sounds convincing. She appears brave. She might well be insane.

“A story steeped in intrigue, vivid descriptions and action-packed dialogue tempered by an undercurrent of wry humour.” ~Midwest Book Review

“An intense, exciting and nerve-wracking space thriller. Gareth Worthington has woven a narrative that is taut, tense and ultimately explosive. A fantastic read not just for science fiction aficionados, but all lovers of adventure.” ~Readers' Favorite

“A solid visceral read for everyone with an interest in knuckle-hard science fiction. Irrefutably several notches above what you get in any fiction work.” ~Bestsellersworld