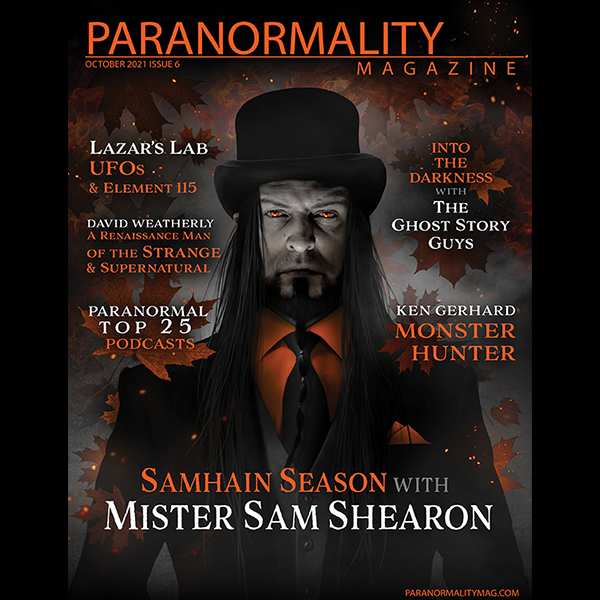 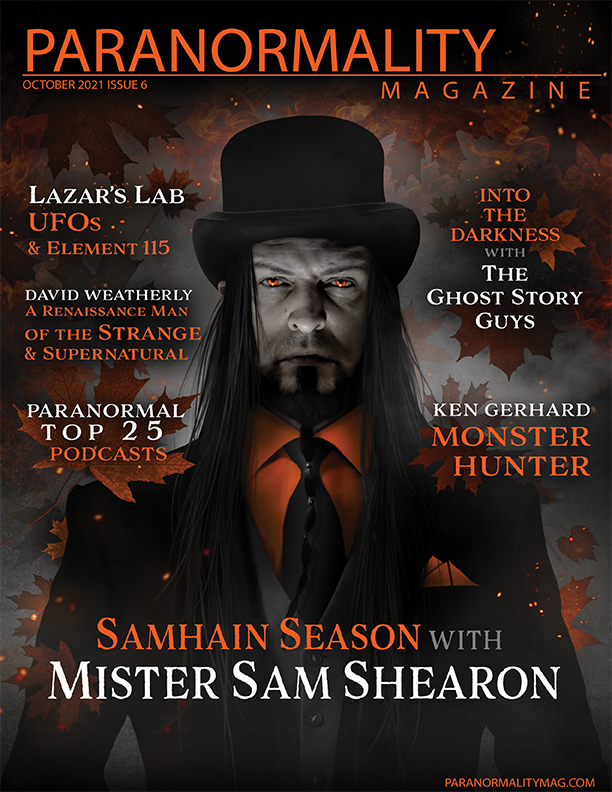 Here at Paranormality Media, we believe the individuals who come up with the visuals to accompany our favourite books, films and podcasts, go overlooked or under appreciated. We will be featuring a different artist in each of our upcoming issues moving forward. We couldn’t think of a better ‘Dark Artist’ than Mister Sam Shearon to kick off this series.

Mister Sam Shearon is a British-born ‘Dark-Artist’ currently based in Los Angeles. Sam specializes in unexplained mysteries, cryptozoology, horror, and science fiction. His artwork often includes elements inspired by ancient culture, folklore, legends, and the occult. His fascination with the supernatural, paranormal, cryptozoology, and the unexplained plays a huge part in his work.

Growing up on the edge of a forest in England, many childhood experiences influenced the work Sam produces today. This includes being visited one night by two small Victorian ‘ghost-children’ and a ‘green fireball’... Not long after that, he was chased along the edge of the forest by a giant, (foot and a half long), prehistoric- looking yellow and black striped dragonfly! This drove Sam’s fascination of the unknown into an obsession. Since 2009, Sam has been “boots on the ground” in search of the elusive bigfoot. He has traversed many of the forests and wilderness of the North American states, including California, Washington, Oregon, New York, and Arizona.

Sam has created artwork for a variety of clients in both the rock and metal music scene and the world of the comic book and graphic novel. Creating album covers, merchandise and comic-book covers for a variety of clients including Jason Charles Miller, Rob Zombie, Slayer, Ministry, Rammstein, Filter, Iron Maiden, KISS, Powerman 5000, HIM, Orgy, Doyle, Biohazard, American Head Charge, Clive Barker, Stan Lee, IDW publishing, Boom Studios, The X-Files and Fangoria … to name but a few. His artwork can also be found on the covers of various books, films and podcasts regarding cryptozoology and the paranormal. Clients include David Weatherly, Ken Gerhard, Joshua Cutchin, Joshua P. Warren, Whitley Strieber, David Childress, Shannon LeGro, Marie D. Jones, Chase Kloetzke, Jim Harold, Loren Coleman and many more. His artwork can also be found in the pages of Paranormal Magazine and the Fortean Times.

He has also created a number of titles from various authors under the helm of ‘Vesuvian Books’, with clients including Thommy Hutson, Dan Elish, Jonas Saul, Mary Ting, Liana Gardner, Lindy Ryan, and Alexandrea Weis among many others. Vesuvian also publishes his own ‘Creepy Christmas’ coloring book which is available now on Amazon and other retailers. This ‘adult coloring book’ features forty different winter based ‘monsters’ and poems to match. This ‘Merry Macabre Coloring Book’ includes characters such as ‘Gryla’, ‘Santa Claws’, ‘dark elves’ and of course Sam’s version of ‘Krampus’! 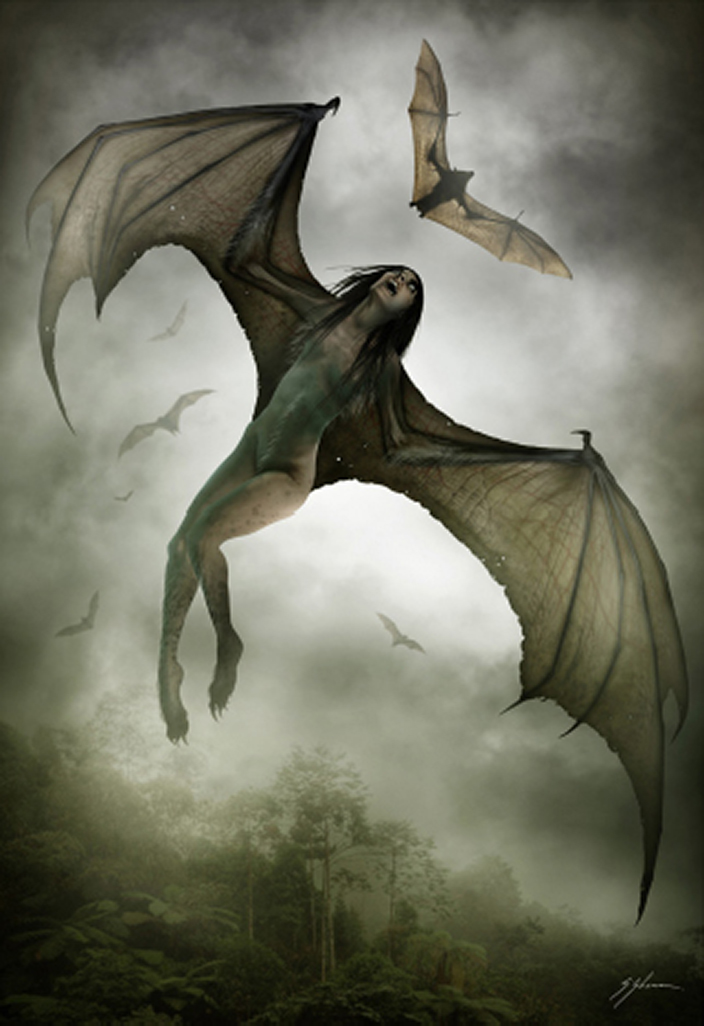