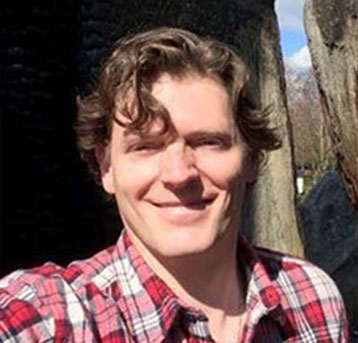 A graduate of UCLA, he began his career co-writing the story for the Warner Bros. animated hit SCOOBY-DOO IN WHERE’S MY MUMMY? He followed that with co-writing the concept and additional material for CHILL OUT, SCOOBY-DOO!

As an author, Thommy crafted a limited-edition coffee table book detailing the making and legacy of horror icon Wes Craven’s 1984 classic A NIGHTMARE ON ELM STREET. A trade version followed from Permuted Press/Simon & Schuster. His novel, the teen thriller Jinxed, (Vesuvian Books) is the first in a trilogy that has been called “A must-read for classic horror fans … Hutson could easily take on the mantle as the next Lois Duncan.” Hutson was named on the
7 Essential LGBTQ Horror Authors for Your Summer Reading Lists.

Thommy wrote the Hallmark Movies & Mysteries original film, A CHRISTMAS FOR THE BOOKS, which was the highest-rated scripted program the night it premiered. He co-scripted the teen thriller INSTAFAME (Lifetime), wrote a screenplay for an audio holiday project, and is in development on a family feature film. In addition, Thommy produced the critically acclaimed feature THE TROUBLE WITH THE TRUTH, an insightful relationship drama starring Lea Thompson and John Shea. He also produced DREAMWORLD, a quirky, romantic dramedy. He has also worked as a staff writer on a Hulu web series.

A member of the Producers Guild of America, a Saturn and Home Media Magazine award-winner, and an aficionado of holiday films as well as teen movies from the 80s and 90s, Thommy continues to develop unique, compelling, and provocative projects across multiple genres for film, television, publishing, and home entertainment.