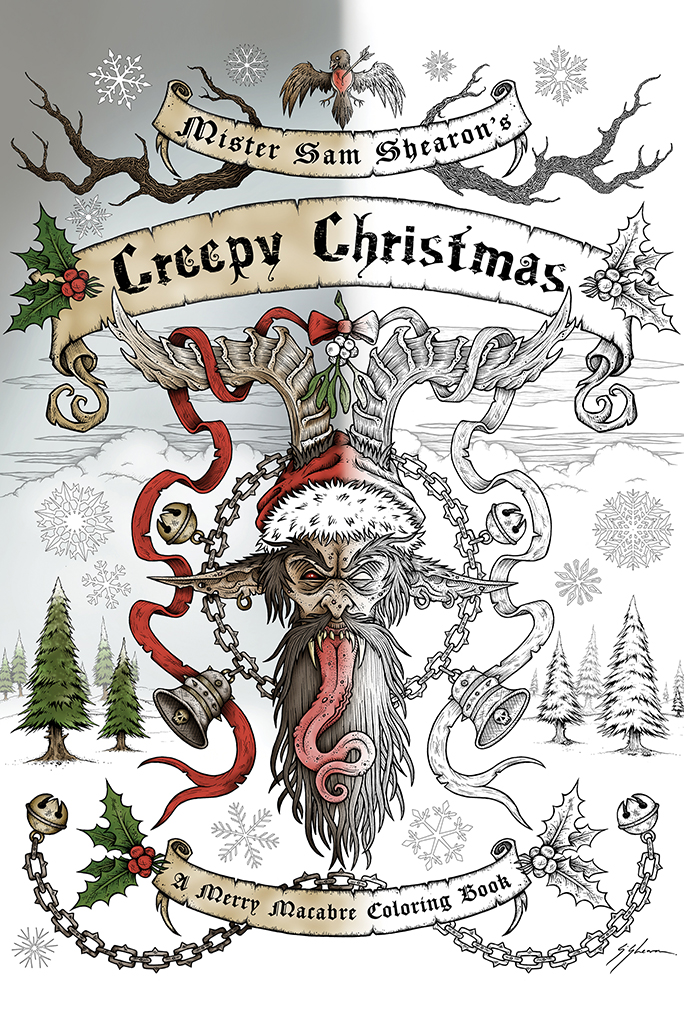 The happiest time of the year is also the creepiest.

Winter has an even darker and richer lore than Halloween. For centuries, people have feared creatures from ancient legends born of this time of year. Tales such as giant hairy monsters who live in the mountains and will snatch you up and eat you were used to ensure children didn't wander off in the snow and become lost.

These were indeed just stories … or were they?

This festive feast of fear contains 40 original hand-drawn and inked illustrations from a variety of traditional beliefs and legends from around the world, including British, North American, Nordic, Icelandic, Austrian, and Germanic folklore. Mister Sam Shearon’s Creepy Christmas features characters such as Krampus, Grýla, Santa Claws, Rabid Rudolph, the Grimace Tree, the Wendigo, the Snow Bear, the Yule Cat, the Abominable Snowman, and many more. Ready for you to bring to colorful life with fearsome festive cheer, each page is also accompanied with a poem—a guide to these creepy creatures from the season of ice and snow!