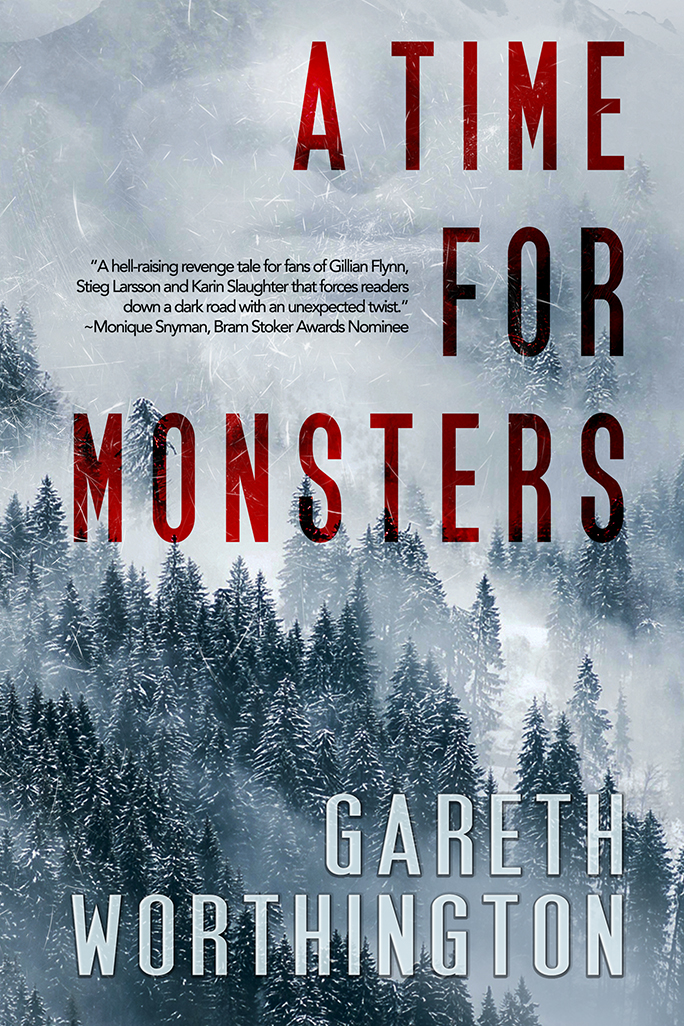 A Nordic thriller in the vein of The Girl with the Dragon Tattoo meets Death Wish, in which a female serial killer, who only feels emotion when listening to music, is hell-bent on revenge and must outwit a disgraced detective determined to redeem himself if she is to complete her carefully orchestrated plan and cover up the ultimate secret.

ONLY A MONSTER CAN DO THE WRONG THINGS FOR THE RIGHT REASONS.

Do you remember the first tape or CD you ever bought? Perhaps you waited for the local station to play the top forty songs on a Sunday so you could record your favorite band. Maybe you downloaded a certain track that reminded you of your wedding day or a graduation.

“Gareth Worthington delves into the mind of a female serial killer that is moved only by music as she tries to get away with murder. A tale of cat and mouse has the reader ask what she is trying to hide. An epic thriller and a fantastic read!” ~Tanya Roberts @bookswihtanya, CER at Indigo Books, Québec Canada

"Engaging, stomach twisting, breathtaking, heart breaking, mind bending! Worthington pushes you relentlessly down a path of redemption and off the rough edges of unpaid dues—wherever they are hiding. All the way throwing society's complicity in your face. Not only craftily written but intelligently crafted, he ensnares all your senses while keeping you guessing. A must read for fans of Nordic crime and lovers of twisting storylines."   ~Dalilah Kőnig, bookseller at Orell Füssli, Switzerland

“A masterfully built story of abuse, pain, and possible redemption unfolds. Every twist and turn was unexpected and kept me wanting to know more. Can understanding the “Monsters” make you accept or condemn them? How Worthington made me actually love and understand a serial killer is beyond me.” ~Erin E. Forys, Barnes and Noble, Williamsburg, VA